I love teaching fiction writing, but sometimes I’m glad that Dean [REDACTED] at a certain football-centric university that used to own its own slaves and Dean [ALSO REDACTED] at a certain public online nonprofit university soured me on doing it in an academic setting. Partially because of my anxiety issues and partially because I don’t take anything except imminent starvation especially seriously, living up to the expectations of a university doesn’t work so well for me. But although the weasely [REDACTED] smirked the entire time he was telling me he didn’t want me to teach for him anymore, at least he said something, even if it was only for his own oily amusement. The mysterious [ALSO REDACTED] asked me to be interviewed as a teaching and publishing success story for the campus magazine but not one week later said I was being removed from their teaching rosters and provided absolutely no explanation.

A candid shot of my two favorite academic industry check-cashers hanging out together.

Anyway, I bring up these two wunderbar asshats because I took a look at my RateMyProfessors.com rating for that online university and was heartily amused. This seems to be the kind of reactions I provoke in both administrators and in students: Either complete elation or utter disgust. (I think that this is sometimes within the same people.) Anyway, have a look. The first two are my standard-issue student love, and then the third one — as usual, with nothing to support it (as the positive reviews did have) — seems, and this might just be me, not to be as positive at its predecessors. 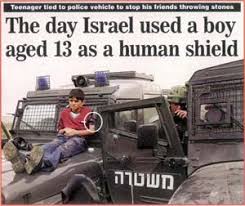 Although perhaps, in a different context, I could be considered very useful.
Anyway, all of this is to say is that there’s no pleasing some people, so I’m just going to please myself and those who like writing and learning, not just … well, whatever the fuck the Deans and student above are into. I seriously don’t know what that could be.

Honestly, your guess is as good as mine.

I got a new supporter of my amazeballs Patreon campaign, and so, as promised, here is installment number deux about conflict in fiction! For more writing advice, won’t you please go to my campaign page and support my nine-novel marathon? When someone does, I will release my lesson on Indirection and Subtext — two techniques that make your fiction much more than just what is seen on the page.

ALL GLORY TO THE HYPNOHOADE. Or maybe THE HOADENOTOAD. Or perhaps it’s, um … ah hell, do i really have to hypnotize you? Could you just go and support my project, please?

Conflict on the scene level: Resolutions that don’t help the protagonist

Last time, I discussed how the definition of a scene in dramatic fiction is that a character has a definite goal that s/he strives toward against some kind of external opposition. Somebody trying to keep their umbrella from inverting in a strong wind would fit this category, but a more telling example is something like a person trying to walk to work and a mysterious person keeps standing right in front of him, blocking the way. This creates conflict not only in the immediate sense, shown here: GOAL: Walk to work on time. CONFLICT: This person keeps standing in the way, obviously purposefully. RESOLUTION: ? I put an question mark there because there are several potential resolutions to this immediate conflict. One, the viewpoint character may just push through the person to get past him. And two, he could turn around and go the other way, not engaging the person. These are the two outcomes, really: Fight against the conflict, or avoid it by abandoning the original goal. As the Honorable Jack Bickham describes it in his very useful book, Scene and Structure, there are actually four possible resolutions to any scene’s conflict. Let’s go through them, shall we? (We shall.) Each has its own shorthand:

All he really wanted was love. Also a matching head would have been nice. 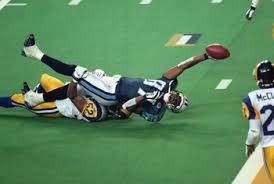 This all explains how to put conflict in your fiction through scene resolutions, but the title said “why.” Well?

Astute observation, me! Why you need this in your fiction is that very little than anyone could write about is inherently interesting. A bus crash is a terrible thing, but unless the writer portraying the scene shows some struggle, some conflict, it’s just informational. Description is wonderful, clever plays on words are delightful, but to get your auidence sucked in and kept reading, conflict at this level is absolutely essential FROM PAGE, PARAGRAPH, EVEN SENTENCE NUMBER ONE.

And the point of writing fiction is to have people read it and get a memorable, visceral experience out of it (whether that’s joy, vicarious dread, a good cathartic cry, or whatever). Still, we have but scratched the surface of conflict. Part 3 will be on Indirection and Subtext, which sounds all graduate-English-class difficult but is something we use and see every single day of our lives that we interact with anything or anyone in the outside world.

I will be posting Part 3 as soon as I get one new supporter for my glorious Patreon campaign to get these here nine novels written! Fantastic rewards — including all of the books, signed for you — await! It’s not expensive. Won’t you take a look? (As mentioned in my last blog post, the incentives have been made cooler even than what I mention in the video.

It’s a sedentary job, I admit.

After some time of soul-searching and also coin-between-the-couch-cushions searching, both of which came up empty, I bit the bullet this week and stopped begging my friends and other alleged innocents for support for my Patreon project, which is a way of funding the writing of these 9 remaining novels on my 10-novel contract. In fact, here’s me talking about it in my awesome “Lord C. Thulhu” gray top hat:

Convincing, no? Yes? I’m confused. But anyway, I have changed the milestone rewards to something actually to do with, y’know, the books. (I have kept the $1,500 one as getting a tattoo of whatever non-National-Socialist image my supporters choose.) Have a look at them below, won’t you?

If we get to a total of $250 in pledges for each book, I will release Chapter One of Dead Man’s Hand (due out in 2015) immediately just to my supporters!

If we get to a total of $500 in pledges for each book, I will release Chapter Two of Dead Man’s Hand immediately just to my supporters!

If we get to a total of $750 in pledges for each book, I will immediately release (to my supporters) Chapter Three of Dead Man’s Hand plus the Prologue and Chapter One of my first novel in the World War Cthu series: The Fear. (This will be a year before the book is to be released in mid-2015.)

If I get to a total of $1,000 in pledges for each book, I will donate to a library or literacy program or nursing home or other reading-based public entity of my supporters’ choosing copies of every one of my books — the three for Reviva Las Vegas!, the three for World War Cthu, the three for Apocalypse WOW, the standalone zombie novel Exactly What Happened, and all three of my earlier books: the thriller Ain’t That America, the literary historical novel Darwin’s Dreams, and the short story collection Inappropriate Behavior.

“Dafuq is this? Where’s my ‘Humor In Uniform’?”

What I’ll do at this ultimate milestone is ask each supporter (who wants to play) to send me a picture of ANY image (except swastikas and such) that they would like me to get. It will be about 2″ x 2″ and will be either on my upper arm or on one of my shoulder blades. Once I have all of the submissions, I’ll compile them all into one message and ask everybody to vote for one. Whichever image wins, I will get that tattoo. (If there is a tie, I will hold a runoff.) This is serious! I really appreciate your support!

Just look at that level of seriousness.

Each supporter just chips in $25 or $50, and that adds to the total so these awesome premiums are released. And as soon as I get to one more supporter at any level, I will post Part 2 of “Why You Need Conflict In Your Fiction.” It’s worth it!